Posted on the CHRS YouTube Channel are all the video segments from Radio Day 2015. See them below. Plus check out Mike Adams’ photo record. Thanks to Mike and to Dave Billeci who streamed the programs, edited them and posted them for us. Please enjoy this record of our second very successful Radio Day By The Bay in Alameda. “War of the Worlds” photos by Hoyt Smith.

Radio Day By The Bay 2015 – LIVE! in Alameda. CHRS’ terrific yearly fund raising event was a tremendous success. This is our main source of income for the year so we really needed your support… And everyone came through with flying colors! 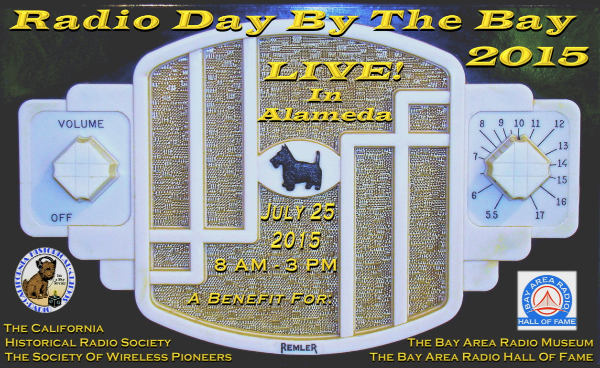 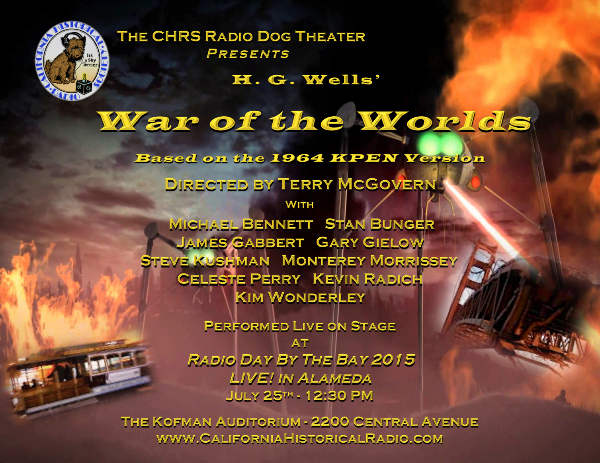 In Addition: Many hours of work were put into the preparation of Radio Central for Radio Day. A special Thank You goes out to Legendary Volunteers of the Year, Walt Hayden, Robert Swart and Larry Drees who who worked many week days to get RC ready. And also a special thanks to Kevin Payne, Walt Hayden and Cliff Farwell for replacing our antique, inefficient hot water heater with a modern, efficient tank-less unit.

All these people, some who have volunteered many times before, made this event a pleasure to be involved with. The high level of hard work and enthusiasm for CHRS really showed. The event ran quite smoothly due to the diligence of our Volunteers. As we have stated above… “We couldn’t’t have done it without You!” Thanks to each and every person who had a hand in making Radio Day By The Bay 2015 a tremendous success and “The best one ever”. Let’s strive to do even better next year for “Radio Day By The Bay 2016 – LIVE! In Alameda, July 23rd 2016! COPYRIGHT 2022 CALIFORNIA HISTORICAL RADIO SOCIETY, A CALIFORNIA NON-PROFIT AND A 501 (C)(3)
Back To Top