skip to Main Content
Since our official ownership date of April 23rd, a lot has happened at CHRS Radio Central. Check out this progress:
Coming soon… A 12′ x 32′ Accessory Building, (shed), will be built in our yard on a concrete pad and will serve as our carpentry shop. So, there you have it. Much has been done but there is so much more to do. We will have more details about these projects in our Fall Journal, coming out soon. Oh by the way… this stuff all costs BIG DOLLARS!
FUND RAISING CONTINUES –
We haven’t mentioned Fund Raising in awhile, but the truth is our Fund Raising will never end. CHRS did a tremendous job by raising enough money to purchase 2152 Central Avenue. Not many historical radio societies that we know of, has raised over $1 Million to purchase their own building… And control their own destiny. So we now have to move forward and build ‘CHRS Radio Central’.

WE NEED YOUR HELP –
We needed your help to purchase Radio Central and you came through with flying colors. Now the serious work begins to turn this 114 year old telephone / church / school building into a true West Coast Center devoted to Radio.

THE DONATION BOX IS OPEN AND ACCEPTING –
Your donations to CHRS can now be directed to the funds or projects you choose. When you click to make donations you will be taken to the CHRS Main Donation Page. Just check the box for your preferred donation Fund. The Funds are:

FIRST PRIORITY FUNDING – These are the funds and projects that provide us the capital to move forward with our mission on a daily basis.

INDEPENDENT FUNDING – These are projects that will enhance and enrich our experience at Radio Central. They will not be funded from the General Construction Fund. They will happen, in time but are not necessarily priorities right now. Although if independently funded now, they will become priorities. 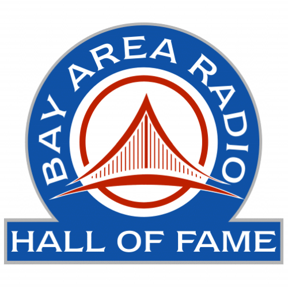 INDUCTION LUNCHEON – A BIG SUCCESS! –
We celebrated the induction of the 2014 Class of the Bay Area Radio Hall Of Fame at Spenger’s Fresh Fish Grotto on September 20. Our Master of Ceremonies was the ‘BIG 103’ KOSF’s Don Bleu, BARHOF Class of 2007. The whole induction event was recorded, edited and posted on YouTube by Dave Billeci. Thanks Dave! CLICK HERE TO VIEW. 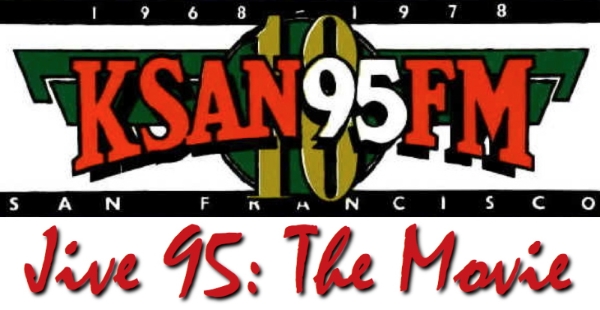 CHRS RADIO DOG PRODUCTIONS –
CHRS, in its commitment to the preservation of Bay Area radio history has been associated with projects including John Schneider’s book “Bay Area Radio”. Having CHRS involved with such projects makes CHRS a creditable source for telling the story of Bay Area Radio.
One of the radio stories that has had a profound inpact on our modern scene is about the Jive 95 Era of KSAN, 94.9 San Francisco. This 10 year period was pivotal in the formation of many new concepts and ideas not only about radio, but about the culture of the time. As you know KSAN Jive 95 is being celebrated this year as the BARHOF Legendary Station for 2014. Part of the year long celebration were three events in June, the KSAN reunion concert at Yoshi’s SF, the BARHOF induction luncheon at Spenger’s and KSAN storytelling night at the Monkeyhouse Theater. All events were recorded with multiple cameras by Jesse Block of Crissy Field Productions. So, “KSAN Jive 95: The Movie” was born. CHRS Radio Dog Productions will be the production wing for this important documentary.
“KSAN Jive 95: The Movie” is the definitive film documentary on the San Francisco progressive rock, free form radio station that changed the world!  KSAN Jive 95 was founded by radio legend Tom “Big Daddy” Donahue in May of 1968 right after the Summer of Love and at the escalation of the Viet Nam war. KSAN Jive 95 spoke to a new generation of radio listeners and the San Francisco Sound of music was the soundtrack of people’s lives.”KSAN Jive 95: The Movie” tells the complete story of the groundbreaking FM radio station through interviews with the DJ’s and personalities that were lucky enough to have been there. Ben Fong-Torres, Dusty Street, Bonnie Simmons, Terry McGovern, Richard Gossett, Scoop Nisker, Edward Bear, and many others are joined by musicians from Jefferson Starship, Big Brother and the Holding Company, Cold Blood, Stoneground, Quicksilver Messenger Service along with Country Joe McDonald to describe in detail the importance of KSAN Jive 95 to the community. It was a counterculture movement with San Francisco and KSAN Jive 95 at the epicenter. “KSAN Jive 95: The Movie” tells the whole inside story through the eyes of the people who lived the Jive 95 experience. The film is a benefit for the California Historical Radio Society and its Bay Area Radio Museum, an educational 501(c)(3) corporation founded in CA in 1974.
“KSAN Jive 95: The Movie” is Produced and Directed by Jesse Block. Senior Producer is Kenny Wardell. Archivist & writer is Steve Roby. Associate Producer is Bonnie Simmons. “KSAN Jive 95: The Movie” is a CHRS Radio Dog Production.You Can Make It Happen! If the Jive 95 was an important part of your life and you want to share it with many, please help us fund the production and distribution of this important film. This film will be funded independently from all other CHRS projects. Please CLICK HERE TO DONATE today. Your donations are of course tax deductible.
For more information on KSAN ‘Jive 95’ please visit Norman Davis’ website: http://www.jive95.com

BARM / BARHOF SITE UPDATE –
The CHRS Bay Area Radio Museum site has been updated with a fresh new look. If you haven’t visited in awhile, check it out.Our BARM / BARHOF site has the people, stations, exhibits and audio clips that have made Bay Area Radio great. We hope you enjoy our new look. It is still a work in progress. Please check back as we will be trying to add new material on a more regular basis.
RADIO CENTRAL VIDEO UPDATES –
CLICK HERE TO SEE THE LATEST PROGRESS

Get it from Amazon. The CHRS TV Book is a collection of articles on the development, invention, use and experiments all about television.It’s a great deal at