Does anybody like swing music?  Or care to dance?
It’s not quite clear what to call this show, besides “dance-able”.  The label says one thing, the announcer says another, and even still another at the end of the show. Your Navy Show 3a
Vocalists Frances Irvin, Jack Duffy
First Song The Song is You 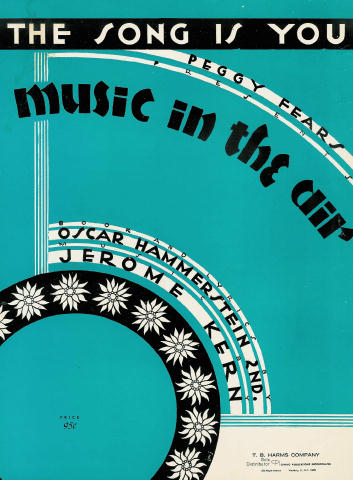 This is probably the snappiest version of “The Song is You” that I have ever heard.

And don’t miss the song that Jack Duffy sings, either, because I can find no references at all in Google.  Maybe you won’t hear it anywhere else but here! “Marie” is another one of those songs where the band sings alternate lyrics behind the crooner, which I just learned is called a “glee club” version of the song.

They also sing a song here that I’ve never heard of before.  The title itself is a time capsule from the 1940’s, no question. Goldin dates these shows as 1952 or earlier.

To download the file click on the picture of the Your Navy Show label above.
To open the file, type the name of the song on the record label above, all lowercase, no spaces.