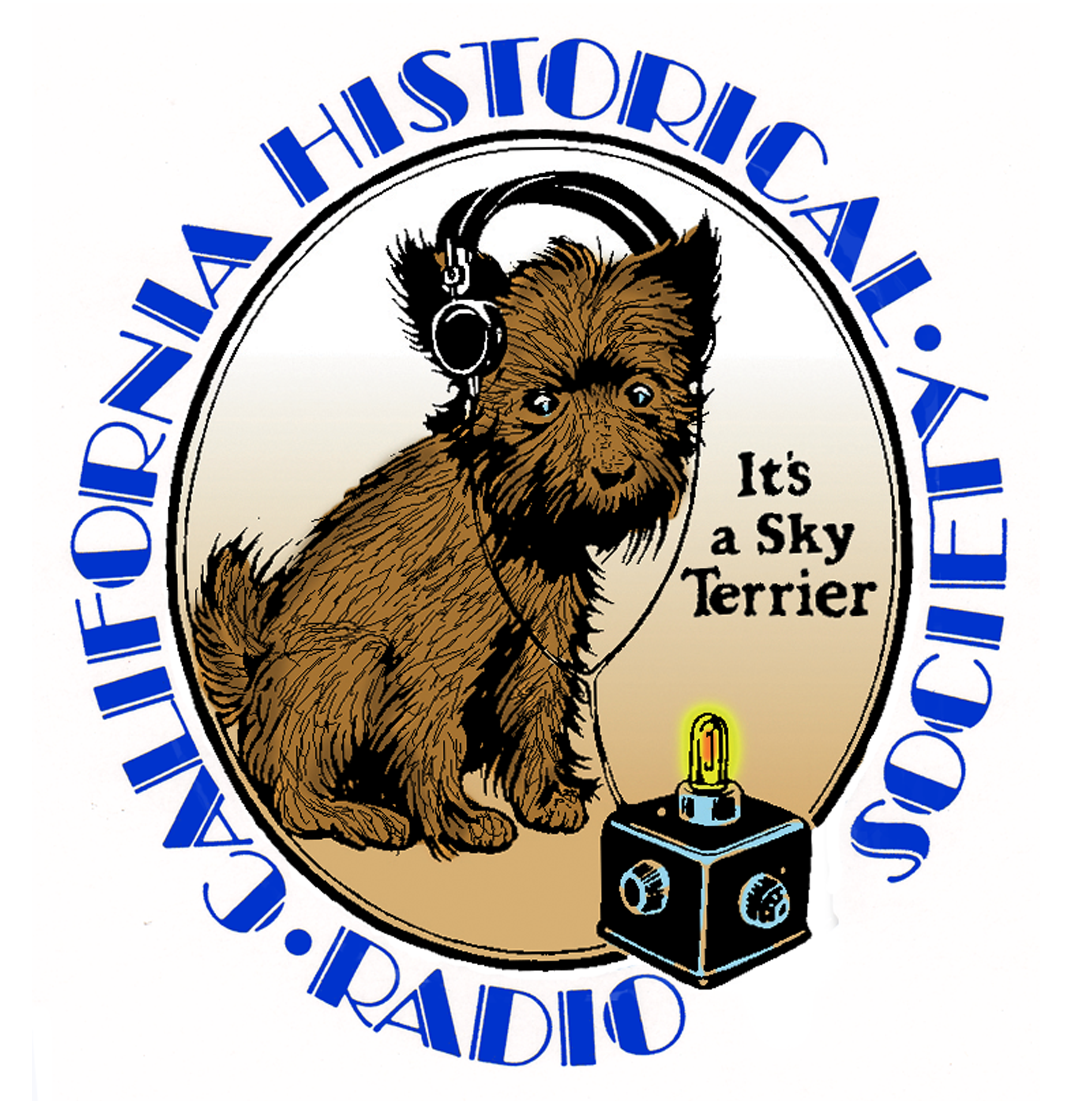 Roots Of The CHRS Doggie

Powel and Louis Crosley personified Big Business in the 1920s and 1930s. Among other things they pioneered radio both in the home and on the air — eventually with half a million watts on their WLW in Ohio.

In 1925 they had some spare parts on hand. Powel wondered how small a radio they could make with them. Hence was born: “The Pup” — named by Powel. 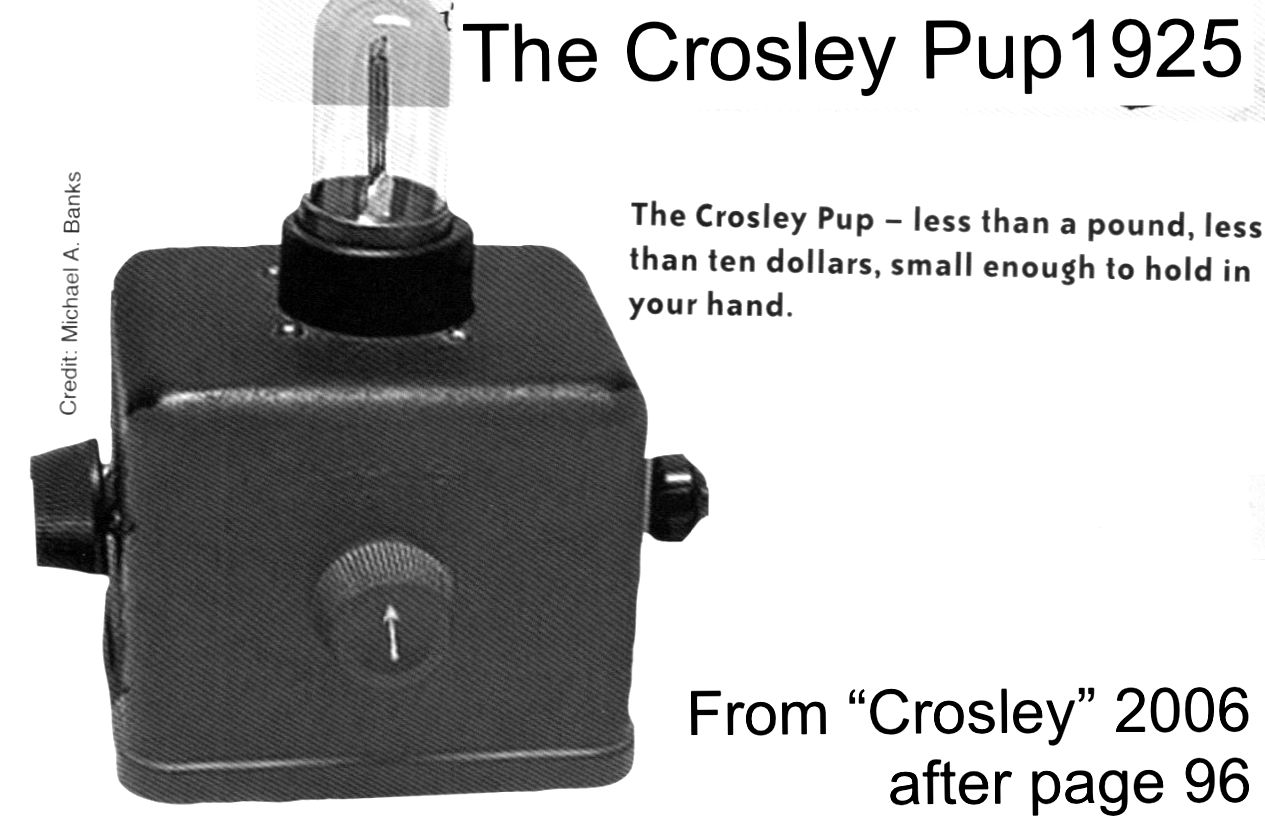 To sell it the company invented “The Skye Terrier” for an ad, which was sort of like RCA’s Nipper but cuter, as mascot. 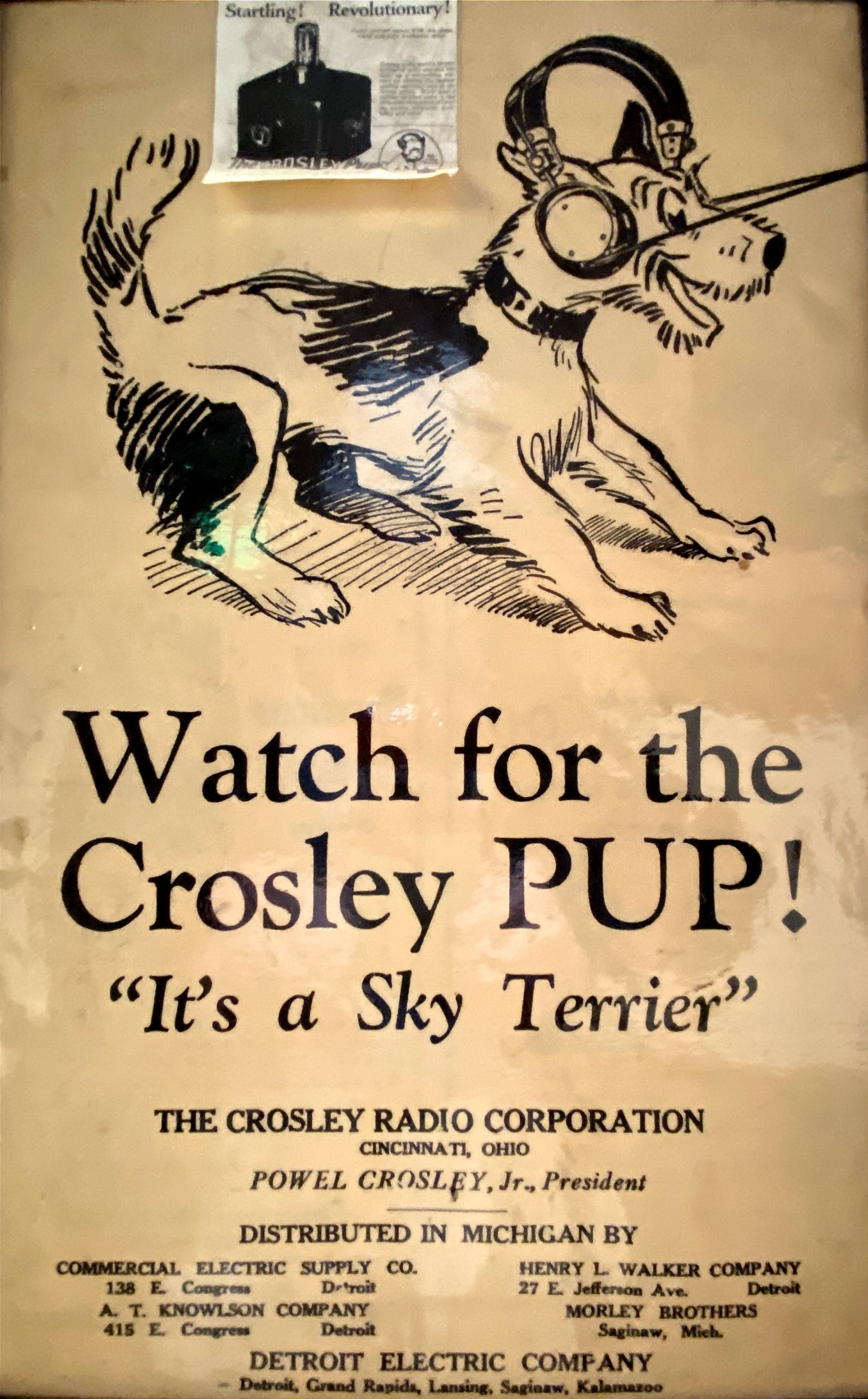 On their radio station WLW, they featured an all-girls singing group “The Skye Terriers.”

Continuing the canine metaphor, Crosley also adopted a British pug by the name of Bonzo, also cute. (See cartoon below from 1925). 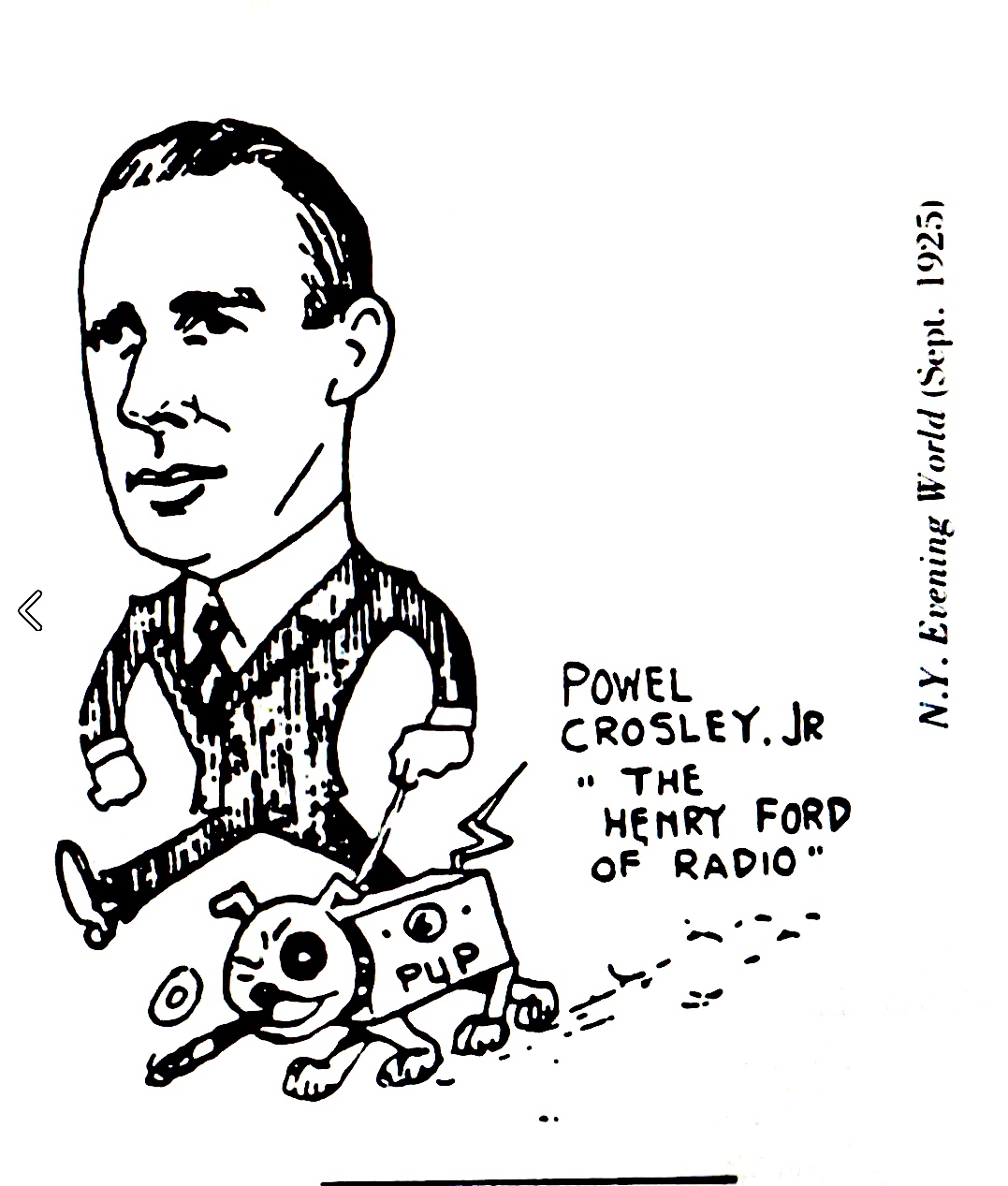 Although the company had seemed to have “gone to the dogs” it continued to make piles of money, and Powel Crosley was known as “The Henry Ford of Radio” in part for his motto:  “Better — Costs Less.” 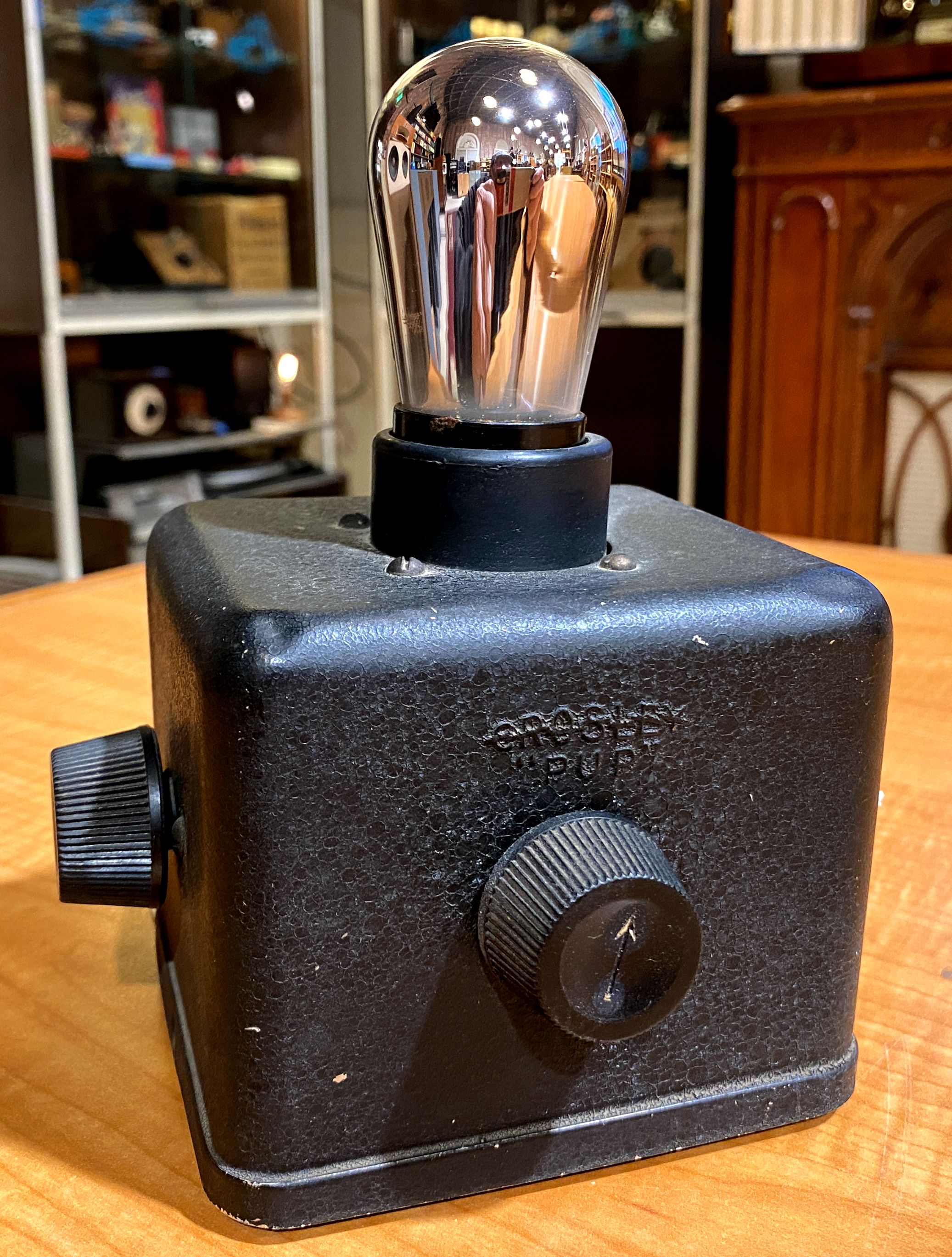 Our PUP – From The CHRS Collection

This information comes from a newly-promoted book:  McClure, et al., “Crosley – The story of two brothers and the business empire that transformed a nation” (2006). This is an inside story of the 1920s radio fad, the RCA Octopus, the FCC and all sorts of business dealings which makes for fascinating reading. 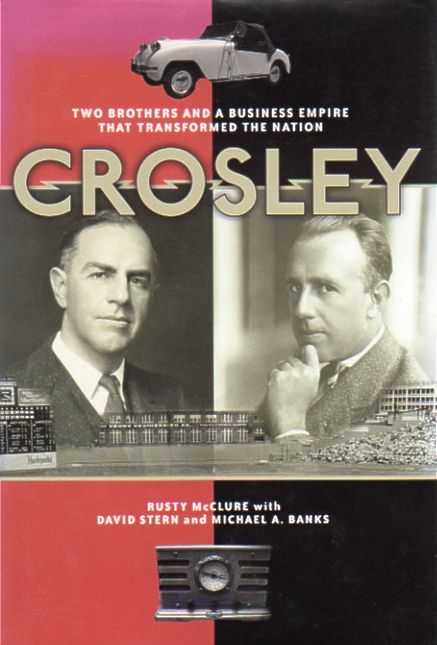 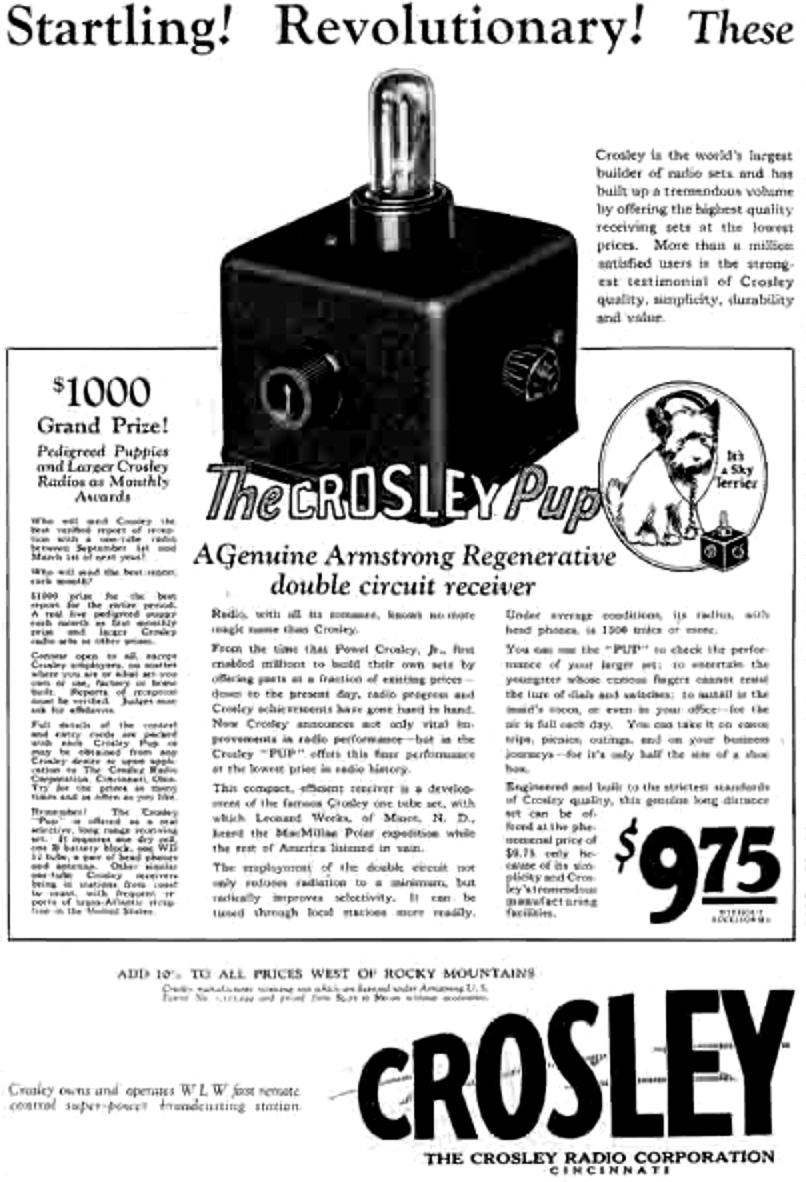