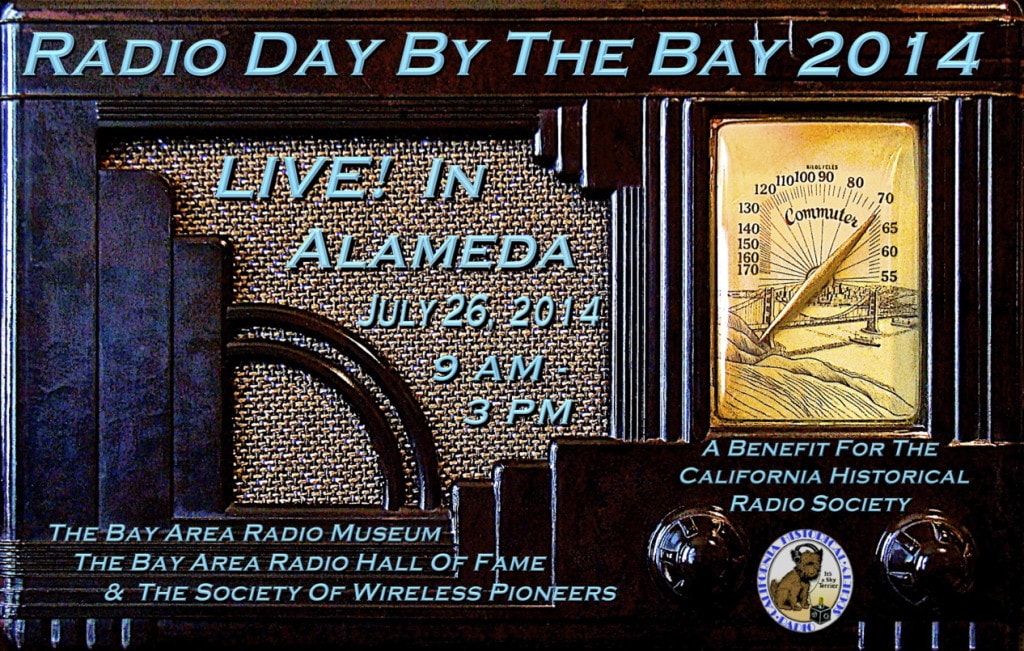 We have moved to Radio Central in Alameda CA, and we are building our new facility. RADIO DAY BY THE BAY will continue this year at 2 locations on Central Ave. in Alameda. Flea Market all day at Radio Central, 2152 Central Ave, Auction and entertainment at Kofman Auditorium, a block away at Alameda High School. Be there or be Square.

COPYRIGHT 2020 CALIFORNIA HISTORICAL RADIO SOCIETY, A CALIFORNIA NON-PROFIT AND A 501 (C)(3)
Back To Top
×